Skip to content
MAX-AMAZING ALWAYS FREE SHIPPING for orders $35.99 and up!

I’m filled with a perfectly portioned blend of clarified butter made from grassfed cows, MCT oil, and coconut oil. My natural vanilla will make your heart and taste buds happy. Grab my portable pouch for a creamy cup of clean deliciousness!

Carefully balanced, wholesome keto ingredients ensure you get the right amount of nutrients in each serving. fuel the mind and body with healthy fat Wespent over a year working through hundreds of formulations to create azero-sugar formulation we could use in our favorite sweet treats like marshmallows, caramels, and taffy. Wealso figured out a way to include all of the maximum benefits you want—likeprotein, healthy fats, and fiber—without any of the bad stuff you don’t.

Even thoughour treats taste as delicious as other products you have enjoyed, they arecompletely different. In fact, our products are more similar to a protein orfiber supplement you may add to your diet.

Andat $.99 per serving, it’s far cheaper than treating the unhealthy byproduct ofeating too much sugar.

Ifyou're not completely in love with your Max Sweet, we'll refund or replace yourorder.

Yes.Max Sweets are perfect for anyone on a ketogenic orlow carb diet. They are very diabetic friendly and make easy paleo snacks,as our products have zero net carbs.

Infact, the primary reason for creating our sweet treats was Shari’s need for azero sugar treat.

We have a created a propriety blend of Birch Xylitol, Monk fruit, and Erythritol.

Xylitol is a naturally occurring alcoholfound in most plant material, including many fruits and vegetables. It isextracted from birch wood to make medicine. Xylitol iswidely used as a sugar substitute and in "sugar-free" chewing gums,mints, and other candies. Xylitol is also an antioxidant

Erythritolbelongs to a group of low-calorie sweeteners called sugar alcohols which occurnaturally in some fruits and vegetables, as well as in some fermented foodslike soy sauce. Erythritol provides minimal calories, is about 70% assweet as table sugar and has the lowest effect on your blood sugar compared toother sugar alcohols, like sorbitol, xylitol and maltitol.

Erythritolprovides minimal calories, is about 70% as sweet as table sugar and hasthe lowest effect on your blood sugar compared to other sugar alcohols, likesorbitol, xylitol and maltitol.

There is no sugar in pure monk fruit extract, whichmeans that consuming it will not affect blood sugar levels. No harmful sideeffects. The U.S. Food and Drug Administration (FDA) considers monk fruit sweeteners to be generallyregarded as safe.

The term “net carbs” simply means carbs that will be absorbed by the body. Since fiber andcertain sugar alcohols, like the erythritol and xylitol we use, are notdigestible by the body, we subtract dietary fiber, erythritol, allulose, andglycerin from the total carb count

Are Max Sweets non-GMO?
Yes, all ofour ingredients are non-GMO.

We areceliac friendly! All or our products are both gluten-free and dairy free. We donot use gluten or dairy in our products.

Is there any minimum commitment for a Subscription?
No, you cancancel your subscription at anytime.

Howdo I pause or cancel my Subscription?
In orderto cancel your subscription, you will first need to log in to your account.Click the Subscriptions tab, then next to each of the productsyou are subscribed to is a Cancel button. You would use thisif you would like to no longer receive this subscription product.

How do I skip a Subscription delivery?
Once loggedin, click on DeliverySchedule on the left to see all upcoming deliveries foryour subscriptions. To skip a delivery you can click Skip to the rightof each one.

How do I update Subscription billing information?
In the Billing Information tabyou'll find the current method of payment along with the current billingaddress. However, this is not the same as the shipping address. You would editthe address in this section if something has changed for the card holder'splace of residence or the email address on file.

How do I update my Subscription shipping address?
Once loggedin, click on Subscriptions andclick Edit tothe right of the address. This only affects the shipping/delivery address, thisdoes not update billing information related to the method of payment.

Thank you for submitting a review!

Your input is very much appreciated. Share it with your friends so they can enjoy it too!

Know Brainer vanilla is a delicious creamy addition to my morning coffee. Smells marvelous! Adds my MCT oil easily when I'm on the go or traveling for business. Keeps my energy levels up but really, just makes me smile the moment I open it and get that luscious, rich vanilla scent! The Best! 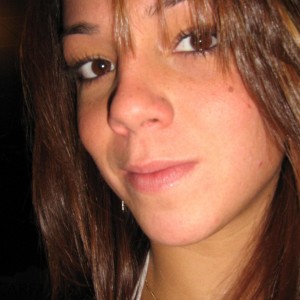 Canada
I recommend this product
Addicted

It was great for taking on my Summer vacation at the lake for a week. Didn’t have to bring my bottle of MCT oil. Will probably order again next spring.

very satisfied and any issues if always taken care of asap

This is the best creamer ever!